The  Indian Government over the last 10 years has taken excellent initiatives in ensuring success on many fronts in development. The quantum of initiatives is phenomenal and every construction / engineering  related individual must know what the schemes for development are and how they made / are making a change. This knowledge can give you an edge in commercial and even technical aspects of business.

This will bring 16 central government departments together for the planning of all infrastructure connectivity projects till 2025.  As per the concept note of PM GatiShakti National Master Plan, it is supposed to be a comprehensive infrastructure plan that “aspires to enhance India’s global competitiveness through next generation infrastructure and seamless multi modal connectivity”.

The Bhaskaracharya National Institute for Space Applications and Geo-Informatics under the Ministry of Information Technology (MeITY) has prepared the geo-spatial digital platform for the national master plan for multi-modal connectivity with 200 layers of GIS mapping of the entire country, sources in the government told News18.

State governments are also being reached out to join the platform as partners for holistic planning of all infrastructure and connectivity projects. The plan has details of all projects built till 2020-21 and has been fed with all central projects of the 16 departments that are envisioned till year 2025.

Sixteen central government departments, including Railways, Roads and Highways, Petroleum and Gas, Power, Telecom, Shipping, Aviation and user departments like ones that build industrial parks have been roped in.  Each of them will have “visibility” over the projects being envisioned by the others so that “holistic planning” can be achieved and “silos be broken,” a source in the government said.

The central government is setting up a ‘Network Planning Group’ of top bureaucrats of all the 16 departments at the Centre for better execution of the plan. “The idea is better utilisation of the nation’s resources in the best interest of the nation. State governments will also have access to the platform and we are bringing states on board as partners. The prime minister is very keen to ensure that this project is taken to the ground so that common man benefits,” a source in the government told News18.

The digital tool prepared by the government has 3D digital mapping of the entire country till the plot level and this will be key for project planning as well as an analytical tool for decision-making. Better data leads to better decisions. Each of the 16 departments and states will know what projects are being planned in any specific area.

The government hopes that all states, including the opposition-ruled states, come on board. “For decades, the departmentalisation in the government has not been broken and a cohesive approach has been missing. This project will bring business process re-engineering and break silos. Like one would know if a national highway is being built in a particular area and if a state highway is also being built nearby and they can be connected. Same goes for power lines, telecom, gas pipelines or broadband,” the source said.

Gati Shakti will be a National Infrastructure Master Plan for our country which will lay the foundation of holistic Infrastructure.
This scheme of more than 100 lakh crores rupees will result in new employment opportunities for lakhs of youth.
The plan will help raise the global profile of local manufacturers and help them compete with their counterparts worldwide.
It also raises possibilities of new future economic zones.

The platform — developed by BISAG-N (Bhaskaracharya National Institute for Space Applications and Geoinformatics) — makes satellite imagery from ISRO and base maps from the Survey of India available to the private sector. It uses Geographic Information System (GIS)-based technology to help execute infrastructure projects.

The 200+ GIS layers would show railway, road, irrigation, telecom, gas pipelines, rivers, mountains, environmentally sensitive zones, forests, and green cover among others in the pathway of a proposed project. This will inform project planners about the kind of permissions that would be required and help them draw a plan that avoids a multitude of permissions.

The platform will also show district administrative offices, gas lines, roads, schools, and other educational institutions, health facilities, and police establishments. Besides, ministries will be given separate login ids to update their data on the platform.

The GatiShakti platform will also increase coordination between central agencies, state agencies, urban local bodies, private sector, parastatals and others. For instance, the platform will engage agencies involved in road construction and those responsible for laying of utilities like OFC cables, gas lines, and electricity cables.

The Department of Promotion of Industry and Internal Trade has been selected as the nodal agency to lead the GatiShakti initiative.

Works to be undertaken under GatiShakti

-Increasing the capacity of ports to 1,759 MMTPA.

-Increasing operational food parks and agro-processing centres to 133 by 2024-25.

-Preparing two defence and 11 industrial corridors in the next three years.​

What was the NIP scheme?
Under the National Infrastructure Pipeline (NIP) for FY 2019-25, 8,978 projects were to be carried out across 34 sub-sectors. The total cost of these projects is $1915.84 billion. The focus areas of the NIP were — energy, roads, railways, and urban development. Now, the projects would be carried out under the new GatiShakti plan.

MoHUA has initiated the Global Housing Technology Challenge - India (GHTC-India) which aims to identify and mainstream a basket of innovative construction technologies from across the globe for housing construction sector that are sustainable, eco-friendly and disaster-resilient.As a part of GHTC- India, six Light House Projects (LHP) consisting of about 1,000 houses each with physical & social infrastructure facilities is being constructed at six places across the country namely Indore; Rajkot; Chennai; Ranchi; Agartala and; Lucknow. These projects will showcase the use of the six distinct shortlisted innovative technologies for field level application, learning and replication. LHPs will demonstrate and deliver ready to live mass housing at an expedited pace as compared to conventional brick and mortar construction and will be more economical, sustainable, of high quality and durability. These projects shall serve as Live laboratories for all stakeholders including R & D leading to the successful transfer of technologies from the lab to the field.This will lead to new industries coming in to manufacture /make products in line with the approved technologies.

"To nurture upcoming Indian individuals or technology ventures in the field of construction technology in housing sector in their start-up phase by providing all the support necessary to help entrepreneurs establish themselves before they scale up their ventures and to support entrepreneurs translating innovations into products and services that are commercially viable."

Under Accelerator Affordable Sustainable Housing Accelerators- India (ASHA-India)initiative, incubation and acceleration support will be provided to potential future technologies that are not yet market ready (pre-prototype applicants) or to the technologies that are market ready (post prototype applicants) respectively.The ASHA-India Centers will also help in developing design guidelines, construction manuals and other necessary guidelines, relevant for effective use of such technologies in the region.

Pre-Prototype: which includes innovative technologies that are at ideation and prototyping stage, and essentially require further technical hand-holding through longer-term incubation to reach a viable product in the domain of construction systems and components.
https://ghtc-india.gov.in/Content/incubation-support-winners.html

Post-Prototype: which includes technologies that have a working and viable product but require strategic guidance and acceleration to mainstream their product in the market, in the domain of construction systems and components, solutions that improve efficient usage of natural resources in housing and construction, self-help innovations, and digital technology solutions.
https://ghtc-india.gov.in/Content/affordable-sustainable-housing-accelerators.html

ASHA-India Centres will be set up at five host institutions namely:

Pradhan Mantri Awas Yojana – Urban (PMAY-U), a flagship Mission of Government of India being implemented by Ministry of Housing and Urban Affairs (MoHUA), was launched on 25th June 2015. The Mission addresses urban housing shortage among the EWS/LIG and MIG categories including the slum dwellers by ensuring a pucca house to all eligible urban households by the year 2022, when Nation completes 75 years of its Independence.

To accelerate the efforts to achieve universal sanitation coverage and to put focus on sanitation, the Prime Minister of India had launched the Swachh Bharat Mission on 2nd October 2014. The mission was implemented as nation-wide campaign/Janandolan which aimed at eliminating open defecation in rural areas during the period 2014 to 2019 through mass scale behavior change, construction of household-owned and community-owned toilets and establishing mechanisms for monitoring toilet construction and usage.

Under the mission, all villages, Gram Panchayats, Districts, States and Union Territories in India declared themselves "open-defecation free" (ODF) by 2 October 2019, the 150th birth anniversary of Mahatma Gandhi, by constructing over 100 million toilets in rural India.

Ministry of Housing & Urban Affairs has initiated Affordable Rental Housing Complexes (ARHCs), a sub-scheme under Pradhan Mantri Awas Yojana - Urban (PMAY-U). This will provide ease of living to urban migrants/ poor in Industrial Sector as well as in non-formal urban economy to get access to dignified affordable rental housing close to their workplace. 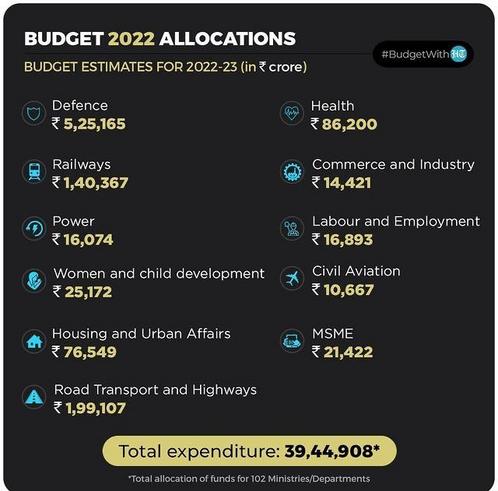 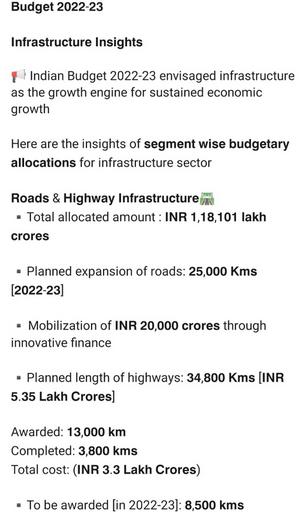 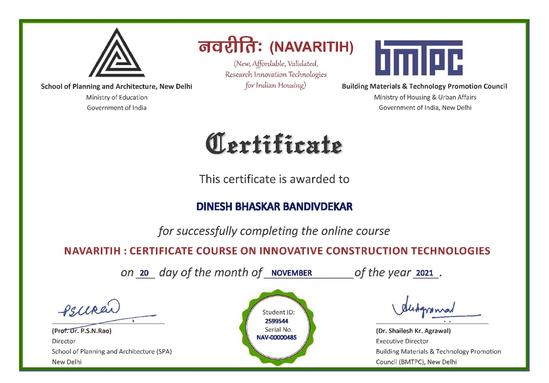 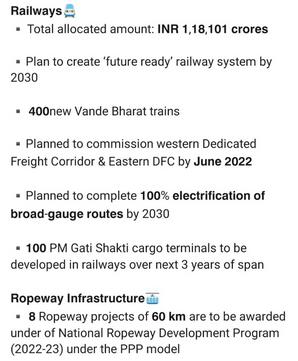 A unique forum for

TheEngineersForum is a multi-purpose vehicle for Core Engineers and SME's to discuss, present & network on new technologies, products and services in the engineering & construction sector, and at the same time improve Personalities, Soft Skills, Build Knowledge and Management & Leadership Skills.

This is a fantastic course to learn about Innovative Construction Technologies.

We recommend all engineers & architects to do it.